Internet on phone better than other (original?) internet 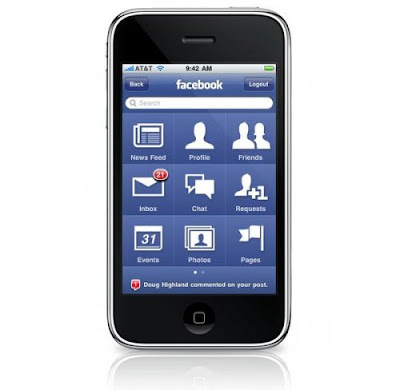 There was a time (not too long ago) when the internet on our phones wasn't really the internet. It was the "watered down version" as an Apple ad once alluded to. When bebo first became available on our mobiles, it was a big deal. It wasn't as good as the bebo you'd get sitting in front of a laptop - but it did the trick. And beboers used it.

The iPhone changed all this. And put everything on par. It really was the same internet - just on a smaller screen. Grand.

I rarely visit facebook on my computer. It is easier and quicker to dip into the app, have a quick look at what friends are up to and close out of it again. It is a different kind of internet usage. "Snacking" I believe they call it. But it is not just a passive mobile viewing. Even adding comments is possibly easier than doing so on my laptop.

I mentioned the amazon app the other week. Same story there. I'm buying at least as many books through this app I do through their original website.

Again, nothing new here but (I find it) interesting that mobile has gone from poor cousin to preferred option in just a few years. Given how hooked teenagers are on social networks even when they have to use computers, you can only imagine how this is going to change mobile behaviour when all teenagers have iPhones or similar touchscreen phones.

(Disclaimer: Given my job, it is in my interest for everybody and their mother to start using internet on their phones.)
Posted by Paul Dervan at 11:06 AM

There simply isn't a better way to amuse yourself silently in the dark while waiting for recalcitrant child to fall asleep. Tweet, Facebook,checkout a few Marketing and NFP blogs, check emails then back into Twitter. All without an audible click. The only improvement could be the iSlate. xc

Outside the context of home and office, you can continue, no matter what you do internet mobile use. The world is speeding up the rise towards the future because the facilitation of communication and speed is sent.