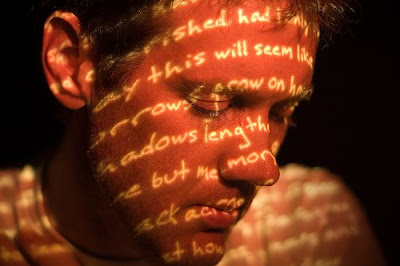 I have over 70 feeds in my Google Reader. I don't read them all. I'd like to. But don't have enough time. Instead, I tend to flick through them - at lighting speed - and stop at the articles or posts that grab my attention.

As a rule of thumb, the blog posts that grab my attention have title headlines that interest me. Sounds obvious but how much effort do we put into our post headlines?

They often have striking images too. I really like this one by Greg Gladman. But personally, my decision to read on is often determined by those first few words in the post title. So for example, I suspect more bloggers would have stopped to read this post in their RSS reader if the headline shouted "One simple way to increase your blog readership today" instead of "Words are important". (I didn't use this headline because I thought it was an overpromise and it also sounds a bit naff.)

So chances are, I probably miss loads of interesting, insightful posts because I don't get beyond the title headline.

I think it was David Ogilvy that once said that the "headline is the ad for the ad'. The most important part of a press ad was the headline. And therefore requires the most effort, work and thought.

Words are important. And the words we use in our title headlines can make a difference.
Posted by Paul Dervan at 6:49 AM

Email ThisBlogThis!Share to TwitterShare to FacebookShare to Pinterest
Labels: writing

I agree with you here Paul (difficult not to :o). The title is of extreme importance, even the two first words in the title can make or break it as readers scour through their 100-1000 posts in their feed each day.

But there is another thing as well, which I still haven't understood why bloggers haven't copied to a larger extent from the professional press. And that is the first paragraph. Containing the who, what, when where why - parts of the post.

Creating an interest and curiosity towards the rest of the content and setting the anticipation.

Most blogs seem just to set of on a long story, not thinking that readers won't take the time to read four or five paragraphs before the interesting stuff starts.

But that's just me talking, I put a lot of effort into both my titles and first paragraphs, but I guess you know it better than me if that works :o).

interestingly enough I chose words are important to read first out of the middle of a long list of items in my google reader shared items. Personally I think the 10 tips to get more traffic posts have been done to the point where I often couldn't be bothered and would steer away from them.

@Helge - Agree. It's tough to keep it short when you have to tell a story. I do try to break up paragraphs with the odd one line hanging out there on its own.

@Colm - yes, you're right. As with any headline, a cliche in headline or another overpromise is not always interesting. I suspect words are important to you which is why you stopped at this one. Hope I didn't disappoint...