The manager and employee "dance of lies" 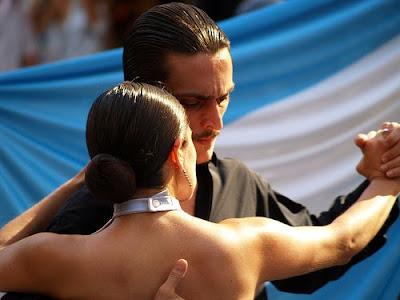 Once or twice a year, managers and their direct reports get together to tango - in their "employee performance dance of lies". Each dance is different, but we try to follow the basic moves.

The manager knows he can't give rave reviews to all his team. He would look weak in the eyes of his own manager. And everybody can't be 'above average'. That is not physically possible. Pity, he thinks, as he has been driving them pretty hard all year and they've been doing decent work.

While plotting how to dispatch a 'good' but not 'above average' score, he does some soul searching.

If he's honest, he'd wish they make decisions themselves more often without asking him all the time. They should know this, right? And maybe they could be more creative in problem solving too. Yep, he's pretty sure he asked them to be more creative earlier in the year.

With no time left to practice his moves, he takes the lead with an energetic "you're doing a good job". In the absence of written objectives, he manages to recall some last minute good stuff the employee has done in the past month. The employee joins in, chuffed and they tango for a bit. He reckoned he had done a pretty good job. He's glad his manager appreciates his hard work.

But as the 3-minute dance is coming to an end, the manager pulls out his winning move. "Although I think you could have been more creative".

This is looking more like a dance-off than a tango. Every man for himself. The employee is a bit confused. They are still dancing but not in sync. Unsure of what to say next, the manager decides to follow up with the decision-making bit..."and you could be more decisive".

This, the employees understands. Yes, in hindsight he probably could have been more decisive. But, he wonders, why is it just coming up now? But he finds out quickly enough..."you're doing a good job. Yes, good, but not - above average. Keep it up. And work on your decision making. Chat in six months."

And the music stops.
Posted by Paul Dervan at 5:29 PM

Email ThisBlogThis!Share to TwitterShare to FacebookShare to Pinterest
Labels: management

ah yes, that sounds familar. Do we by chance work in the same organisation??

Doubt it actually Emer, (my current org is pretty good at this stuff) but it is common enough across many industries.