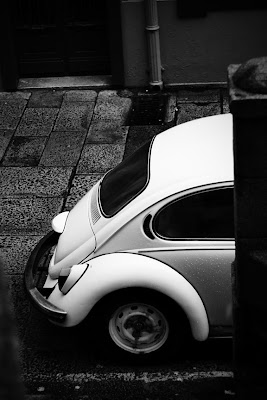 Entering a new market is not easy.

Before leaping in, it is considered wise to focus primarily on the market leader and how you position yourself against it. The market leader generally has the most resources, the most cash, highest profits, best relationships with suppliers and often the better reputation among customers. You need to know how it will react.

And market leaders can be the defensive types. If you look like a threat, you can assume they won't give up market share without a fight.

One way to tackle this is to not fight head on. Instead, start with a product, customer type or area that the market leader is less committed to. These types of attacks are known as bypass, guerrilla and flanking attacks.

While similar, these attacks are not the same.

Volkswagen's Beetle is often quoted as a great example of a flanking attack on the big Detroit car companies in the 50's. GM, the leader, along with the other car companies, focused on big cars. So VW managed to steal some of the market by picking off a the 'small car' segment with their Beetle. This took everybody by surprise.

Looking at the definitions above, you can see that this was not a guerrilla attack - as VW would have stolen customers away from GM with the Beetle. And although it is often cited as a classic flanking attack, I think technically it is a bypass attack, as GM were not in the small car segment. Regardless, it was very successful.

This was executed with the wonderfully different Bill Bernbach ad campaign - 'Think Small'.
Posted by Paul Dervan at 11:39 PM