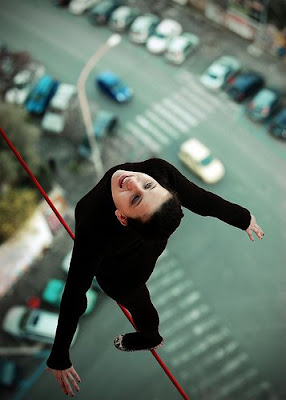 Strategy can be confusing.

The word itself is a buzzword and is misused and abused. Many people confuse strategy with objectives or goals. I don't know about you, but I often come across strategy documents where it isn't clear what the end game is. They just have strategies.

John Kay, the economist and columnist, explained that strategy actually means 'expensive'. When you hear that something is a "strategic investment", they mean you "are going to lose a lot of money on this project". Or strategy can mean 'important'. In an essay published in 'Strategy Bites Back', Mr Kay translates the phrase "I'm in strategy". It means "I have a large office, large salary and the ear of the chief executive".

But not everything about strategy is complex, difficult or confusing. Some bits are so clear, obvious and easy to understand, they almost seem too simplistic to be considered strategy. But they are strategy. And worth understanding.

Understanding that you must not neglect 'points of parity' is one of these.

When figuring out how to compete, we tend to think most about how we can differentiate against competitors. Practically, we're talking about creating reasons for customers to choose you, over their other options. You're faster. Or you're cheaper. Or have the widest range of products. Or safest. Or most leg space. Or best built engines. You get the picture.

Because focus is critical and resources are always limited, the temptation then is to talk only about these points of differentiation in your communications.

And this makes sense. If you have the best customer service - and if this matters to customers in your industry - why would you not shout about this? Ries and Trout have written several books about focusing on the narrow point of differentiation.

So shout away. Be focused. But don't neglect your points of parity. These are the attributes that you choose not to differentiate on - but still need to be in the ballpark for. If not, they become barriers in the minds of your potential customers.

Kevin Lane Keller provides an interesting case with Subway sandwiches. In 2000, Subway wanted to compete on health. They planned to position themselves as a healthy fast-food option. They were pretty confident this would be a differentiating strategy, using Jared Fogle, a 22 year old spokesperson who had lost 245 pounds on a Subway diet.

But they also knew that people eat fast food because it tastes good.

They debated internally about whether they should be competing on this attribute of 'tasty food' instead of 'health'. In the end, they choose to position themselves as the healthy option. But at the same time, they ran smaller campaigns that talked about how tasty their Subway sandwiches were.

This allowed them to attack unhealthy fast food options like McDonald's while defending themselves against a possible perception that their sandwiches taste rotten.

Ultimately, as you have limited resources, it becomes a balancing act.
Posted by Paul Dervan at 2:13 PM